The Giving Groove: About The Label

The Giving Groove is not your typical record label. Operating under the motto “artist-friendly, socially conscious,” we were founded in Philadelphia in 2015 by local musicians and studio owners, with the mission to help artists realize their musical vision while giving back to the community.

We are a full-service independent label offering artist support at every step of the album release process—from development, recording, and distribution, to stunning package design, to international promotion.

We host an expanding roster of local and national acts: Our current family includes The Dead Milkmen, OOLALA, Hoots & Hellmouth, and DECONTROL, with new bands joining us this spring.

Our organization is fueled by a lifelong passion for great music and decades of industry experience. Cofounders Matt Teacher and Mike Lawson have been friends and bandmates since sixth grade, growing up together in Philadelphia, jamming in their parents’ basements and recording on their cassette decks. They took separate paths in their college years—Teacher at Berklee College of Music in Boston and Lawson in the Audio Technology program at American University—but gravitated back to Philadelphia, and in 2005, seeing an emerging renaissance in the city’s music scene, partnered with longtime Bon Jovi recording engineer Obie O’Brien to found Sine Studios in the city’s vibrant Rittenhouse historic district.

Over the past decade, Sine Studios has thrived by taking a boutique approach that offers state-of-the art technology and acoustic design, yet feels like home. The facility has hosted artists ranging from Bon Jovi to Boyz II Men, The Fray, Steven Tyler, Natasha Beddingfield, Karmin, mewithoutYou, and Gavin DeGraw.

After years of successes making and promoting music and amassing a broad community of artists and industry partners, we felt like launching a record label was the natural next step. At the same time, we knew that we wanted to make a difference. It's a confusing business, and a confusing time, and it just hasn’t seemed fair to a lot of artists. We asked ourselves, "How can we help?"

Matt took a cue from his father and stepmother, who operated a cookbook publishing company, Burgess Lea Press. “They were printing high-quality, beautiful cookbooks, and 50 percent of all after-tax profits would go directly to the author of the book and the other 50 percent would go to a food-related charity that the authors are passionate about,” he says. “I started thinking, ‘I should try to adapt this for the music industry.’” At the end of 2015, Matt and Mike, along with our philanthropy director, Katie Barbato, and lead designer, Randi Lawson, launched the Giving Groove.

Philanthropy is at the core of our label’s mission: Under the Giving Groove model, half of all of our album proceeds after taxes go to the artist, and half are donated to a music-related 501(C)3 nonprofit of the artist’s choice. Our team collaborates with each artist to pair them with charities that champion the causes they are passionate about.

The label’s charity partners include MusiCares, which was established by The Recording Academy to provide a safety net of critical assistance for music makers in times of need; Girls Rock Philly, a volunteer-based organization dedicated to empowering girls, women, and trans and gender non-conforming people through music education and activities that foster leadership skills, creativity, critical thinking, and collaboration; and Art Sphere, Inc., a Philadelphia-based non-profit established to teach art to inner-city, low-income youth.

Everyone at The Giving Groove, from our staff to our artists, is devoted to giving back, because, as Randi says, “Music and the arts matter more than ever—they are what bring us together when so many aspects of the world may divide us.” And Katie tells us that she’s continually inspired by our artists’ dedication to their chosen causes. “Whether it is a local nonprofit in need of funding for a children's music teacher, a rock camp for teens, or a national organization that provides support and care for musicians in need, our artists continue to be involved on a personal level, visiting originations, attending events, and seeing firsthand how their art is inspiring and helping others through the joy of music."

OOLALA, who are partnering with MusiCares, are inspired by our new brand of record label. “It feels good to be part of a business model that can give back to organizations such as MusiCares,” says drummer Korey Jones, who was able to experience that charity’s services firsthand after his gear was stolen out of his van and MusiCares helped fund replacements. “It helps out not only musicians in similar situations, but also future musicians, through education services that they support.”

“I've always learned that you stick with good people in the music business,” adds OOLALA’s frontman, Rumi Kitchen. “When you find people with good hearts, you gotta stick together and do good things.” 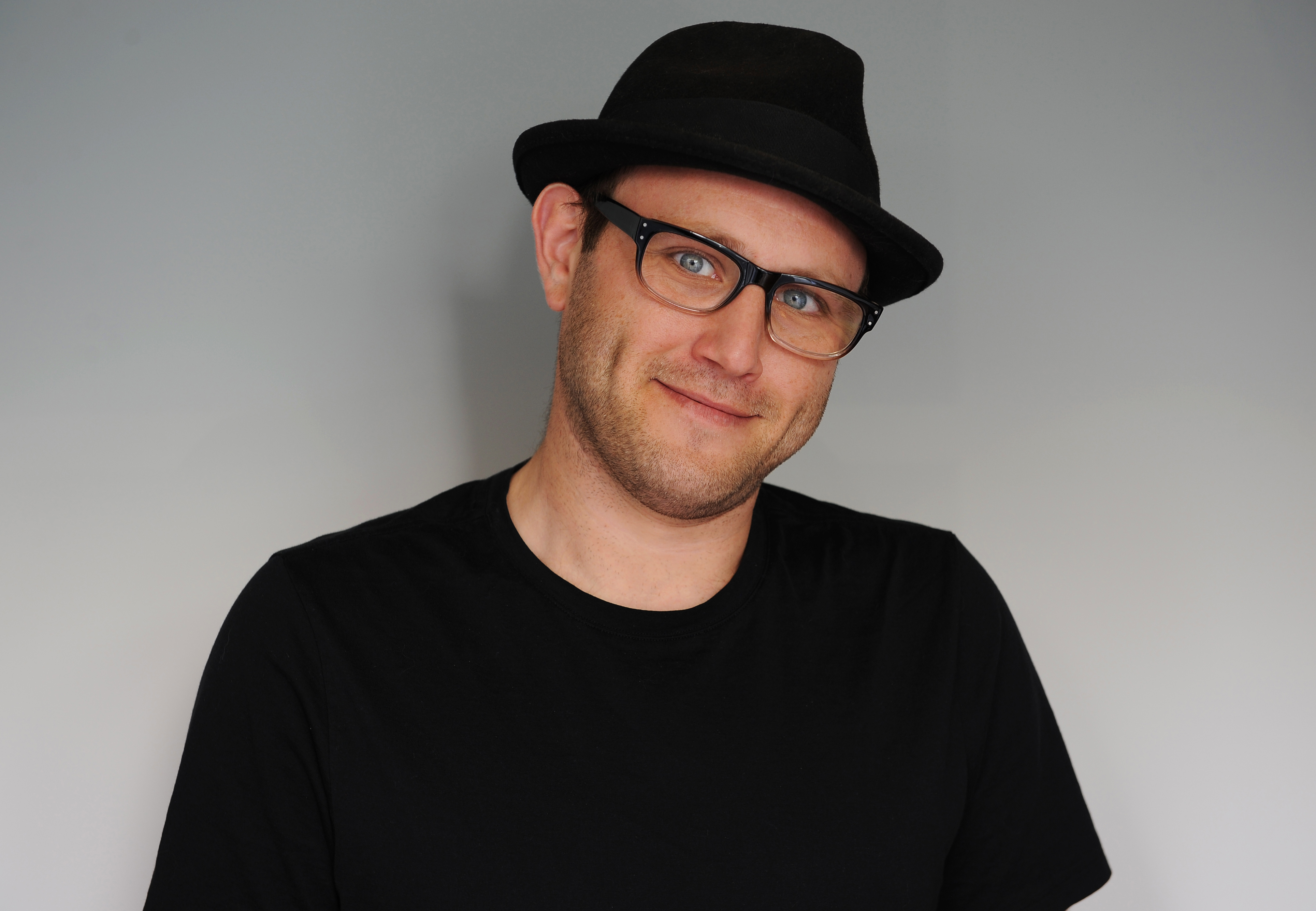 I fell in love with music around the age of 13, first playing bass, then transitioning to guitar, and I’ve played in bands ever since. I’m the cofounder of Sine Studios, where I’ve produced and engineered projects with artists such as Ed Sheeran, Scoville Unit, Boyz II Men, Bon Jovi and mewithoutYou. Working with musicians in the studio for the past ten years,

I handle several aspects of the label: signing new acts, managing day-to-day operations, and helping our artists with whatever they need along the way. I love working with artists, helping to bring their vision to life, from recording, to creating beautiful packing, to producing events. The Giving Groove’s “artist-friendly, socially conscious” motto means that we take care of our artists, first and foremost. It also means that we feel it is important, especially today, to allow our artists to give back to the music communities that helped inspire them. 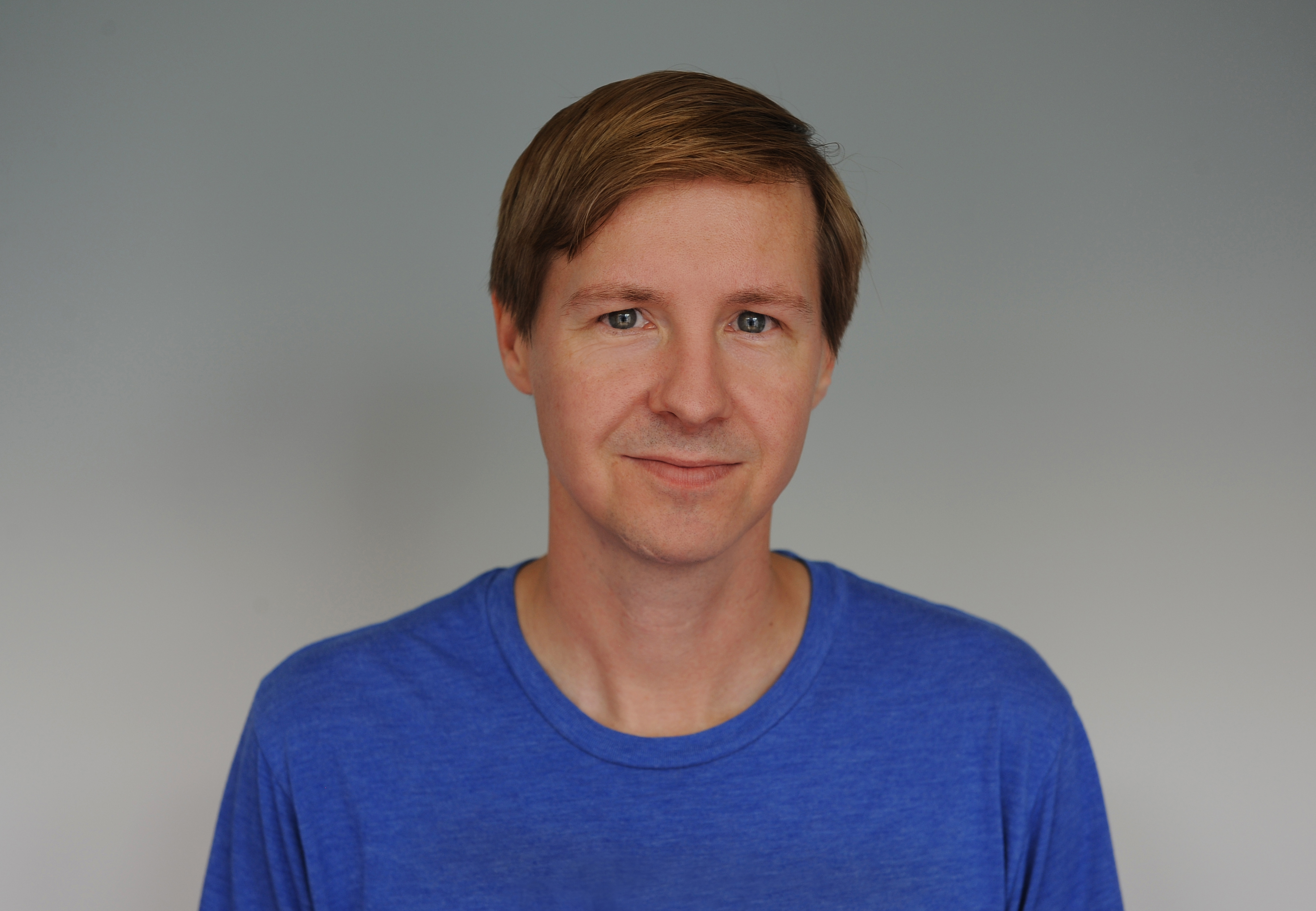 My musical career began in kindergarten with the piano, when at an early age, I was encouraged to create my own music and use my ear to figure out my favorite songs. In middle school, I picked up the drums and started singing, and Matt and I have been performing and working together in various ways ever since. I’m the cofounder of Sine Studios, where I’ve had the pleasure of working with artists like Bon Jovi, producing Motown reissues, and restoring Beatles interviews.

Like the rest of our Giving Groove team, I wear many hats: You’ll often find me immersed in audio production, helping artists realize their creative vision. I also offer photography services like band photos or product shots. I’m proud to be involved with a label that motivates artists and fans to act upon social concerns—our arts community is fundamental to the fabric of our society, and I want that to be the prevailing attitude of the music industry. 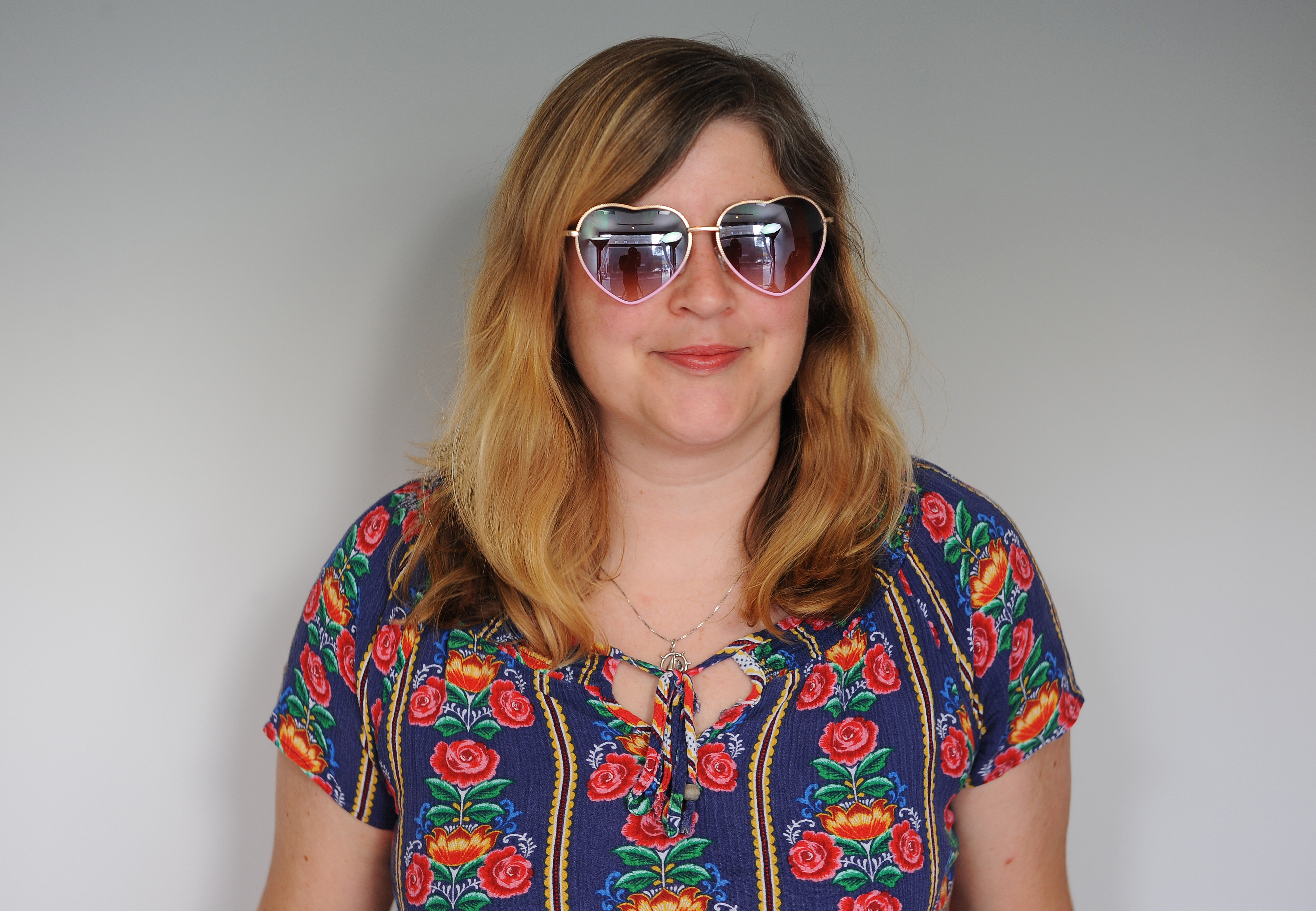 Since moving from Boston to Philadelphia, I have been working as a performing songwriter. I was a finalist in the 2015 International Songwriting Competition, and I’ve written for television and film, including the theme to the movie Sugar. You might have heard me on WXPN 88.5 FM, the NBC 10 show, or at the Philadelphia Folk Festival.

I teamed up with Grammy-winning producer and engineer Obie O'Brien (designer of Sine Studios) and Matt Teacher to record my full-length album, Times Have Changed, at Blackbird Studios and The Sound Emporium in Nashville. Beyond my music career, I’ve devoted my life to giving back: After earning my Master of Social Work from Temple University, I’ve worked as a clinical social worker and music therapist, and I sing for hospice patients in the Philadelphia area.

As The Giving Groove’s Director of Philanthropy, I strive to partner our artists with causes that they believe in. I am passionate about helping others, fighting for social justice and equality, and sharing the healing power of music. 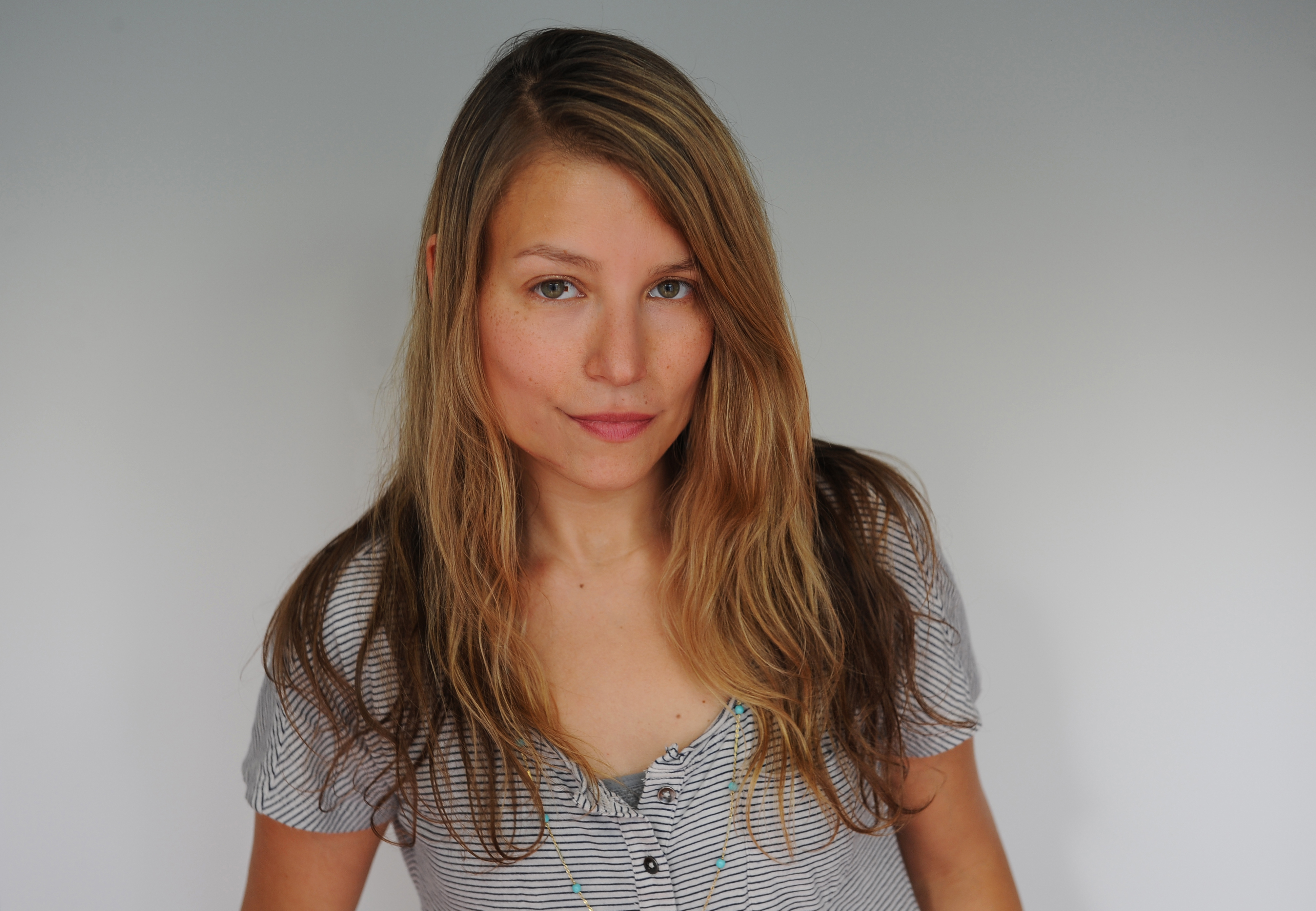 As an only child, I spent most of my free time in my imagination, drawing, listening to music, or watching TV, always with an interest in art and entertainment. I went on to attend American University in D.C., where I majored in Graphic Design. But my obsession with popular culture continued, especially with comedy, which I pursued in college, working at the campus TV station.

As The Giving Groove’s Art Director, I facilitate the design, layout, and production of the visual components of a release; I find musicians come in with a strong vision for their art, and my goal is to use those instincts and help bring them to life. In addition to The Giving Groove, I am the art director at a drinkware company called ICUPinc (icuponline.com); we make super-cool items that can be found everywhere from Target to local boutiques.

The only thing better than putting new art out into the world is doing good along with it. It's a win-win (win-win-win) idea, and I'm honored to be part of it.